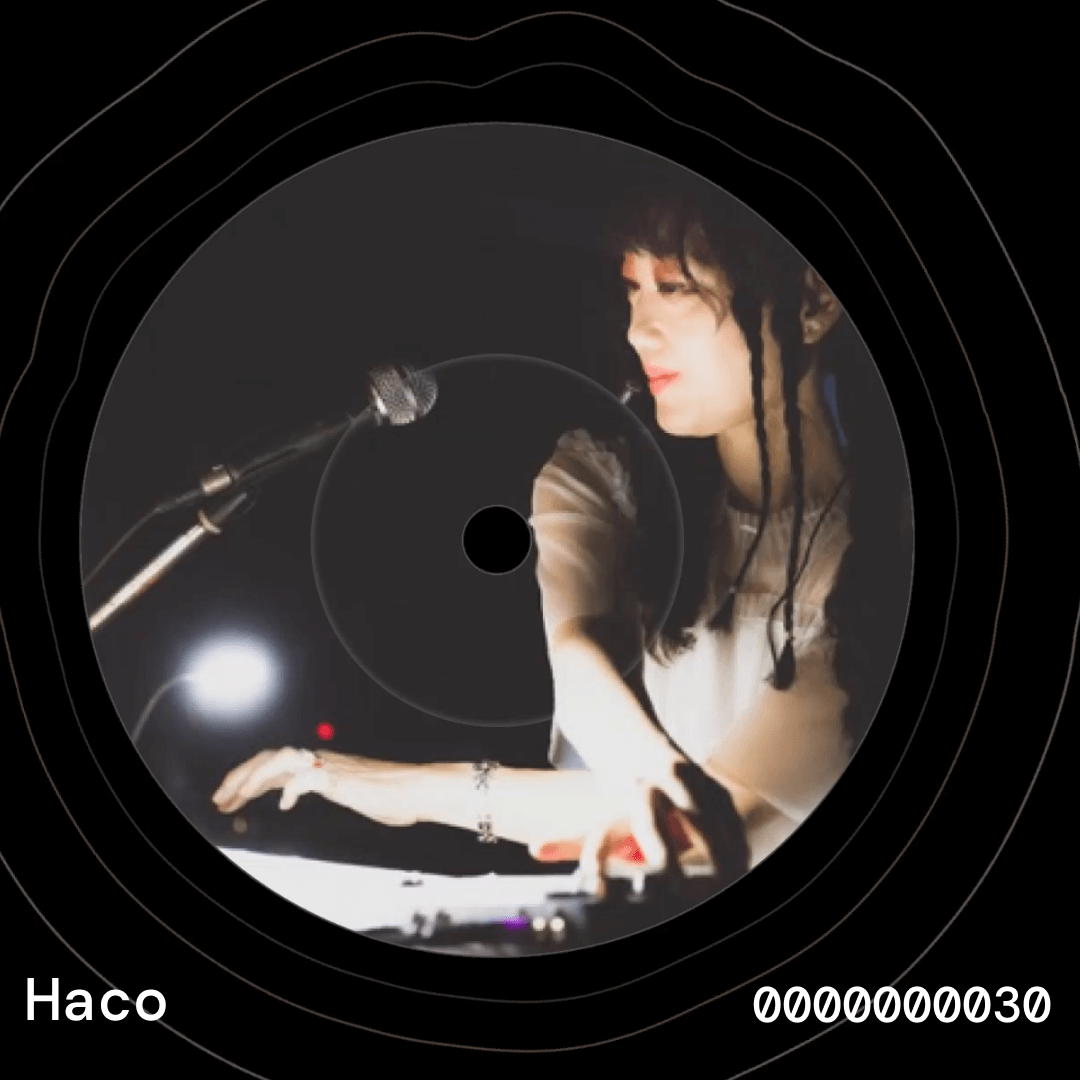 Haco is a composer, vocalist, electroacoustic performer, sound artist, and founding member of After Dinner (1981-1991) and Hoahio. She has created numerous recordings both as a producer and engineer based in Kobe. In her live performances, she uses voice and self-programmed electronics as an organic method. With her “howling pot” performances, which make creative use of feedback, and “Stereo Bugscope” which captured oscillating sounds emitted by the circuitry of an electronic device, she had developed a new genre of art.

Hailed as one of the first female proponents of Onkyo equipment, Haco’s work transcends conventional genres and national borders, as she became known for repurposing field recordings and environmental sounds to create surreal widescreen compositions and productions.